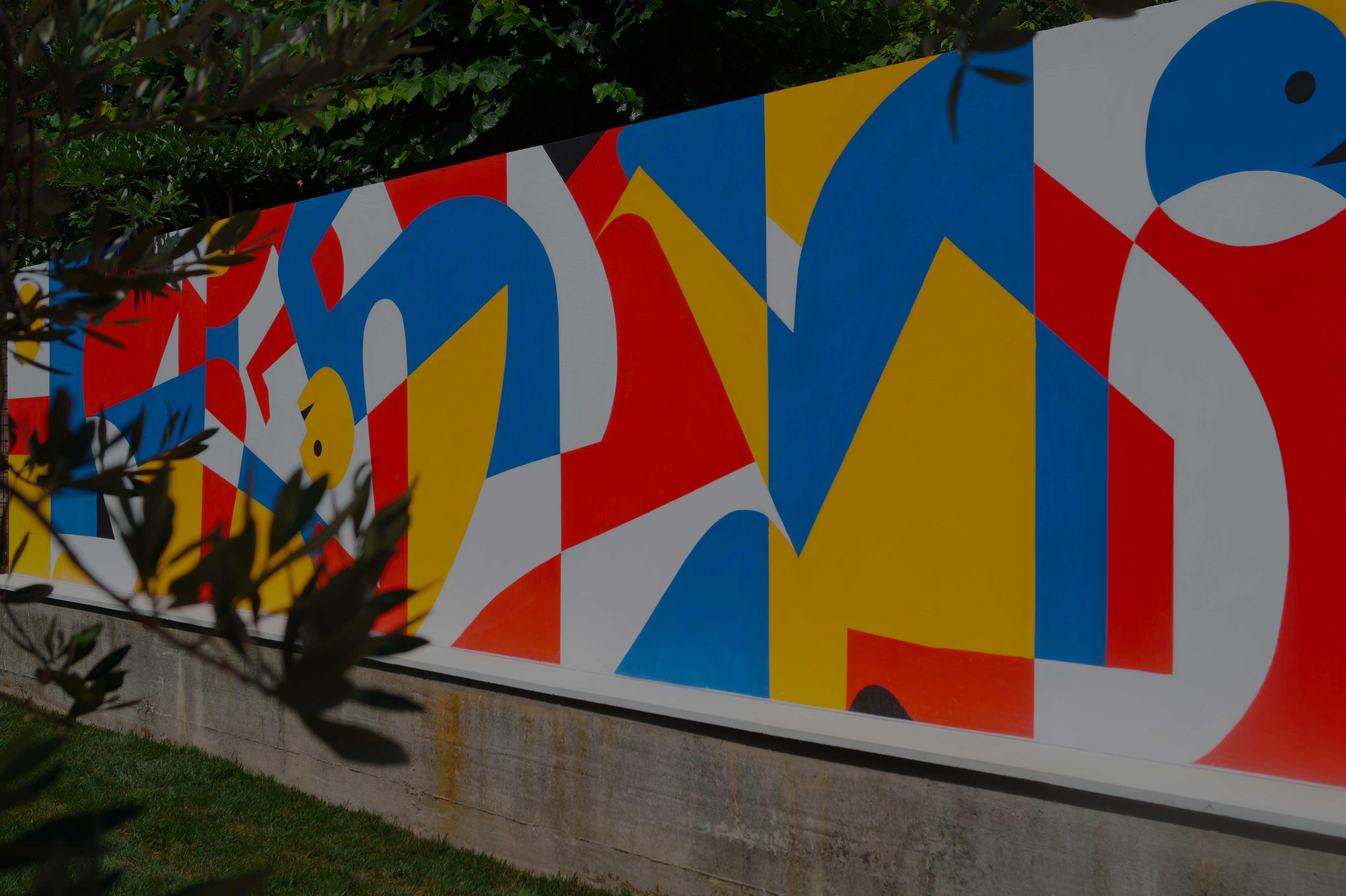 Both internal and external common spaces in Stravagante Hostel have been enriched by RAME, a urban regeneration project which goal is to boost livelihood through contemporary street art. Thanks to this project both our hostel and our city benefit of many fine pieces of underground culture art. A previously old and dull building now vibrates with colour and life, adding value to the whole neighborhood. 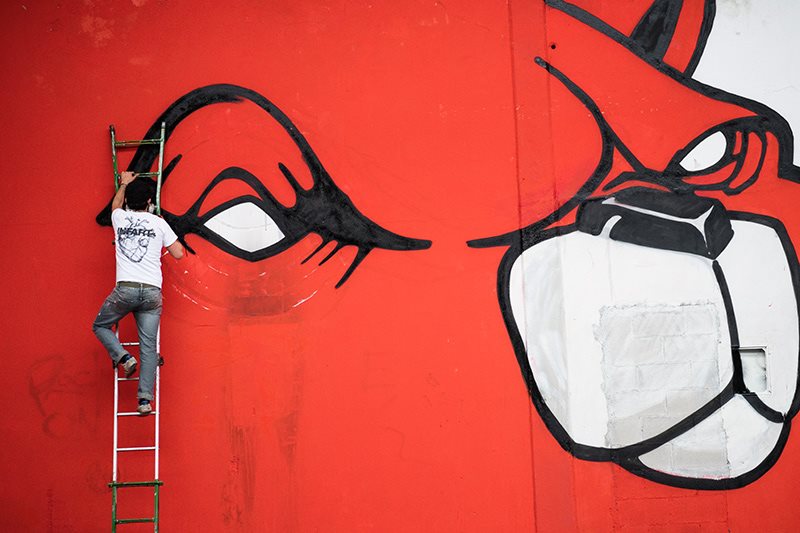 Andrea Crestani, AKA Koes, 36, from Bassano del Grappa is a graphic designer, silk-screen printer, and illustrator. Close to the 90’s graffiti syle, he's been among the creators of Infart, one of the main Italian street art festivals. He's part of Overspin crew that takes him at tight with the wall and uban spaces. He travels and takes part at many graffiti festivals in Europe, passing through Pamplona, Wiesbaden, Sofia and many others. This path sharpens his instinctive, immediate and polyhedric style. During the years he develops a style that melts together writing and graphic elements: animals, real characters, letters that resemble decorations are the result of a continuous search and experimentation of geometrical forms harmony and their interaction with their sorroundings. He lives for some time in Stoccolm and that experience is fundamental for him: the scandinavian attitude who has always fascinated him with its nature becomes the main character and signature of his work. He owns a communication studio, CRE, based in Bassano del Grappa, specialized in the realization of unique brand ideas through graphics, illustrations and graffiti. 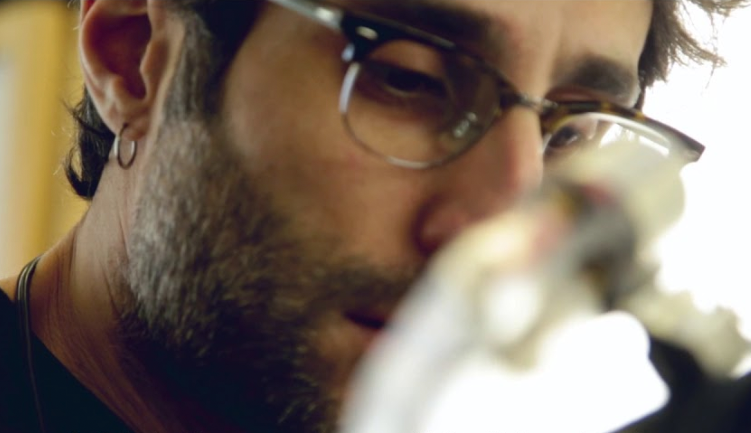 Luca Font’s carrer started in 1994 as a graffiti writer, an activity he's still enjoying more than 20 years after. His works have been celebrated by every Italian graffiti magazine and many specialized web sites: Aelle, Arcano Revue, Collage, Defrag,Garage, Graff Zoo, Juice Mag, Ill Fame, Subway, Stradanove, Invisible, Taz Report, Wildstylers, Brixia Fame, just for saying. His work has been included in the book Graffiti Writing (Mondadori Electa - 2008) and he's been cited abroad in magazines such as Xplicit Grafx, Beautiful/Decay website (Ekosystem, Cityfox, Eyegasm) as well as in the books Art of Rebellion and Action Writing. Luca Font is reknown in the international scene as one of the first ones who abbandoned the traditional approach to graffiti in favor of a closer to graphics and typography one. The never-ending research of new ways to express himself has brought him to develop the art of tattoos since 2001 as an apprentice at Skin Fantasies studio in Bergamo. Today he is one of the most famous tattooist both at local and international level, appreciated for his style that mixes together traditional american style with graffiti, poster art, graphic design, architecture and italian art of 20th century. Illustration is another cornerstone of his polyhedric activity: he's a drawer which has worked on book covers, CDs, events posters and streetwear brands collections. During the years Luca Font has developed a very unique dialectic that now makes him a one a kind of artist. 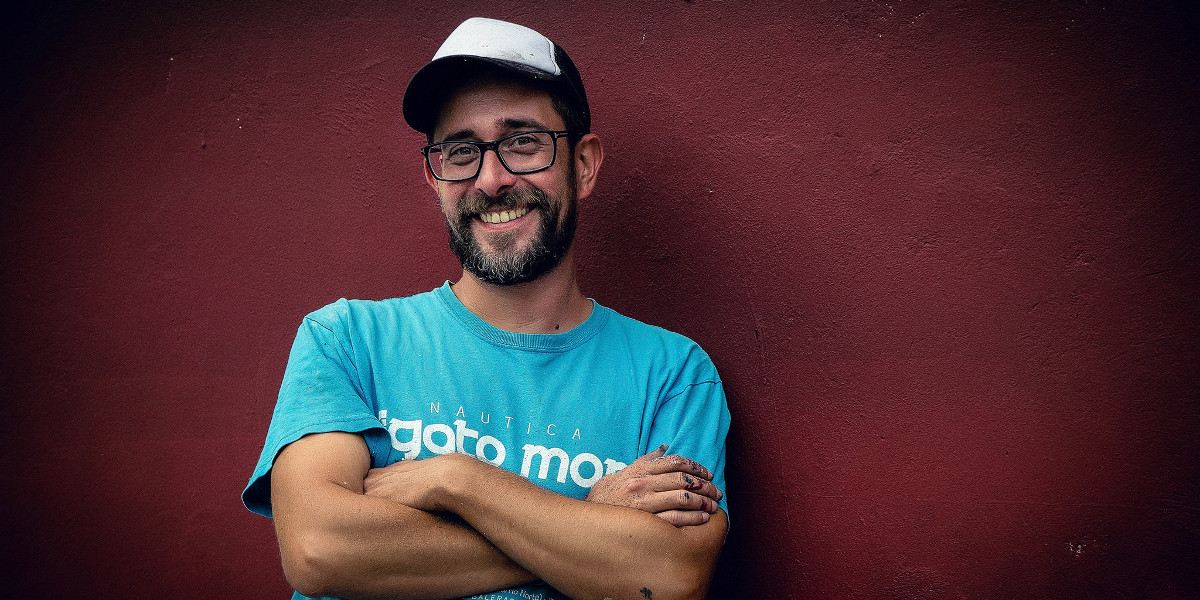 Manuel di Rita grows up in a small town near Venice. He starts his career in the 90’s as a writer AKA Peeta. The main purpose of his compositions (mainly paintings, sculptures) is the geometrical inteaction between forms and the surrounding space. The aim of painting directly on walls is to create a dialogue between his own the structural and cultural guidelines and the physical background. At the beginning his works tries to express the plastical qualities of single letters, particularly the ones that compose his pseudonimus Peeta. With time, the fusion between the pure lettering and the three-dimensional style evolve into a constituent visual and rhythmical point of balance. Metaphorically, the aim is to neutralize preconceived thoughts and stimulate new points of view. The anamorphism represents the attempt to show the misleading of human perception, across optical games that change the shapes of his painting from soft and round to irregular geometrical solids. Simultaneously from his painting activity, sculpture remains fundmental for his work, representing the possibility to get in touch with three-dimensionality and to develop the shapes and relationship between light and surfaces comprehension. Today Peeta is a multidisciplinary artist whose works have spread into every continent. 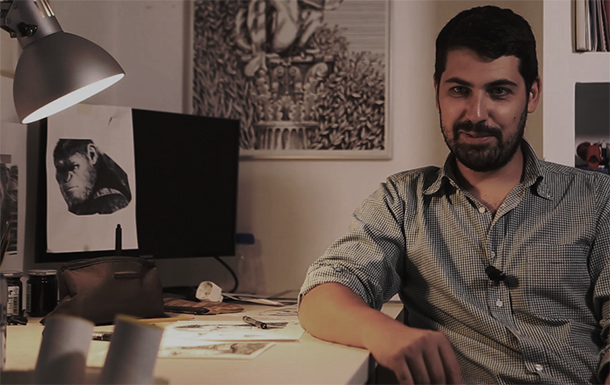 Class 1983, Lucamaleonte is born and raised in Rome, where he still lives and works. He gratuates at the Central Institute of Restoration and gets in contact with the Street Art movement in 2001. Passionate history, drawing and painting scholar, his first street works are homemade sticker papers drew with markers. Unsatisfyied that the drawings faded in a shorter time than the one neeeded to create them, he then starts to use stencil as a better tecnique to produce his works. His constant attention to details and his interest for ancient printing tecniques, xilography and etching, produce a unique style for his stencil works that allows him to create imagines that resemble photographys. Passionate with ancient medieval barns and bothanics, he starts to choose from his books pictures of animals and plants and to represent them graphically. He takes inspiration from classical greek and roman art as well as from etruscan art and medieval and renaissance barns. Lucamaleonte is one of the few artists in the world who uses masks and paint to create very elaborated multilevel stencils, juxtaposing lots of paint coats.

We use cookies to ensure that we give you the best experience on our website. If you continue, we’ll assume that you are happy to receive all the cookies on our website.Ok